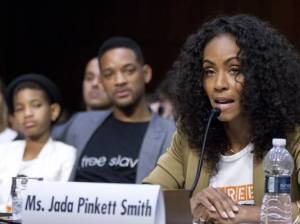 “A growing wave of efforts to stop human trafficking has spread across the country as lawmakers and others look to combat the problem through law, policy, and grass-roots activism.

While approaches vary, advocates say more must be done to stop the crime, dubbed “modern day slavery” and defined by the U.S. State Department as the recruitment, transportation or harboring of people by means of deception or coercion. Victims, often mentally and physically abused, can be forced into prostitution, unfair working conditions, or other exploitative situations.

“Consciousness and outrage have reached a different level because of the perverseness but also the impact of human trafficking,” said Sen. Richard Blumenthal, D-Conn. “People understand that everyone has a responsibility to fight human trafficking and every individual can have an impact.”

Cases of traffickers recruiting students at U.S. schools, selling sex online and in hotels, and operating slave entreprises alongside everyday life has led to increased awareness.

Two lawmakers in Maryland this month announced plans to toughen state laws on trafficking this year. In doing so, they joined a long list of people around the country working to make the crime in the United States a central topic of 2013.

Blumental and Sen. Rob Portman, R-Ohio, launched the U.S. Senate Caucus to End Human Trafficking in November and sponsored a bill that later became law to prevent federal contracts from going to companies that benefit from forms of trafficking. The bill aims to hold contractors responsible by requiring them to notify the Inspector General if they receive “credible evidence” that a subcontractor has engaged in trafficking.”